Definition of Bait
A natural fish food such as baitfish, crayfish, frogs permitted as bait, grubs, insects, larvae, worms, salmon eggs, cheese, corn, and other food substances not containing any ingredient to stupefy, injure, or kill fish. Does not include flies or artificial lures. Includes dough bait, putty or paste-type bait, any substance designed to attract fish by taste or smell, and any fly, lure, or bait containing or used with such substances.​​ 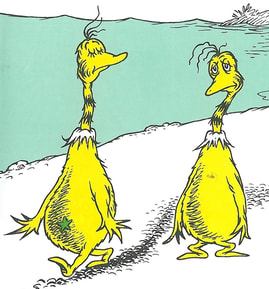 sBait fishing is a wonderful thing, and bait fishing for trout requires intelligence and finesse, just like fishing with artificial. Ask any bait fisherman who has spent any real time on the water. They'll tell you stories about many times when most people were catching very little while one or two fisherman were just tearing them up. The reason? Simple. They were using the right size, shape, color, taste, smell, and feel of bait, they were presenting it correctly, and they were casting to the fish that were actively feeding. Getting all those variables to line up just right can be quite difficult.

Now while trout fisherman in general can be downright snooty about their chosen sport (catfish and crappie just aren't good enough for us!), some of us are guilty of being judgmental toward our fellow trout enthusiasts. Many fly fisherman fish with barbless hooks so the fish can be quickly released after being caught, and that's great. But some of those fishermen just shake their head in disgust when faced with a fisherman who does not pinch down his barbs. If you like your barbs, you will at some point receive a lecture on what a big idiot you are, believe it or not. If emotions can run high over something so insignificant as that, you can imagine how big the differences can seem between those fishing with $1000 worth of equipment on their person and the local guy fishing with a Zebco and some Velveeta mixed with bread crumbs.

While some fly fishermen look down on bait fishermen as uncultured uneducated knuckleheads, bait fisherman often view fly fishermen as insufferable bourgeois snobs. It brings to mind a book I read years ago, all about the question of perceived superiority based on silly attributes. It has a happy ending though. "The Sneetches forgot about bellies with stars and whether they had one, or not, upon thars." Sneetches are Sneetches, and trout fishermen are trout fishermen.
​It has been said that old men are responsible for keeping the practice of bait fishing alive by teaching their grandchildren to fish. If you're like many of us, you started fishing with a hook and a bobber at a local pond or lake. You may have been using minnows or worms or pieces of a hotdog. You may have caught a bluegill or a little catfish. It was you that was well and truly hooked, though. As you grew in the pursuit of fishing, perhaps you began experimenting with plastic worms, crankbaits, etc., and maybe you even tried your hand at fly-fishing. If you could look into the future, you might find yourself not having enough energy or interest to get all decked out with the right equipment or tackle, or perhaps your interest in fishing with artificials simply begins to go away. You may have grandchildren who need to learn to fish, so, you might find yourself bait fishing more frequently and leaving the lures at home. If you're like many of us, you never completely gave up on bait fishing, even if you had great success with lures and flies. Is it possible that even "dedicated" fly fishermen still have a jar of Uncle Josh's or Zeke's floating bait hiding in that old tackle box? And if you are a die-hard bait fisherman and simply have no interest in lures, good for you.

Many trout fisherman view bait fishing as a simple pursuit. Just slap some Powerbait on a hook, and cast it into a hole. Sit and wait… sit and wait… sit and wait… check the bait. And, yes, many bait fisherman do just that and catch plenty of fish. They focus on an area that will probably hold some fish, and they wait for the fish to find their bait. They use salmon eggs, corn, and homemade dough bait (i.e. Velveta mixed with bread crumbs), but floating baits are exceptionally popular. Berkeley makes a series of Powerbaits, but many of us old timers still have a warm place in our hearts for Uncle Josh's floating bait (corn flavor, if you must know). Even mini-marshmallows in various colors pushed onto a treble hook will do the trick. Place your sinker a foot or two from the bait, and the bait will float a foot or two from the bottom. The downside is that commercially produced floating baits are expensive. If anyone out there has a recipe for homemade floating bait, please let me know so I can post the recipe here. Below are a few non-floating dough recipes and a couple of interesting ideas sent in (thanks guys), but we're still looking for our first true floating dough bait recipe. 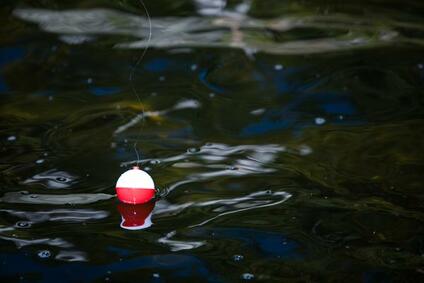 ​Floating baits, which require the sit-and-wait technique, work fine on hatchery fish that have not yet figured out how to survive in the natural world. But, once a trout learns they can sit still and allow the current to bring food directly to them, they will almost completely stop cruising in search of something to pick up (although older and larger fish will eventually become hunters and scavengers to maintain their body weight). They will migrate between holding areas, and they will chase down food that runs away, but the vast most trout with some life experience will rarely move in search of stationary food. It is for this reason that local bait fishers are often quoted as saying the creek has been "fished out" within a couple of weeks of being stocked. There are plenty of fish still there. They've just learned new dining habits.

Creative bait fishermen have learned a new trick to compensate. They're using techniques more typically used by fly fishermen and lure fishermen, but they're using natural bait to give them a greater advantage. A trout that has learned to survive in the wild will sit in a safe spot and wait for bits of food to drift to him. A fly fisherman catches this fish by tying on an appropriate artificial and casting it to a point where it will drift down to the fish. The fish opens its mouth, lets the fly float in, and the rest is up to the fisherman. It's actually a fairly simple process -- it just takes some (okay, a ton) of time to really get the hang of it.

​A creative bait fisherman can accomplish the same thing, though. By being mobile and wading the stream in search of likely holding spots, they can cast to a number of fish that are actively watching for a bit of food to float by. The basic plan of action is like this. Wade upstream, so you'll always be approaching the fish from behind his back where he is less likely to see you coming. Fish with a small hook and a small bobber or strike indicator. Use something that will sink down below the bobber, like some homemade dough bait, a salmon egg, or a small worm -- nothing with the words "floating" or "power" in their name. If you're really feeling frisky, try crickets, caterpillars, very small crayfish, very small frogs, or even hellgrammites. As you approach a possible holding spot, you have to make a decision regarding the desired depth of your bait and adjust the location of your bobber and sinker up or down appropriately. Cast your bait 10  or 15 feet upstream of where you think the fish is holding and allow the bait to drift toward the fish. If the bobber stops -- even for a moment -- hit him. This strategy will net you bunches of trout when others complain that all the trout have already been pulled out.

​There's another benefit in fishing in this way, however. If you like catching trout more than you like eating them, bear this in mind. Unlike trout caught on stationary bait, fish caught using this method have a great chance at survival if you decide to let the fish go. The reason is that you set the hook the moment the bait enters the fish's mouth -- no swallowed hooks. 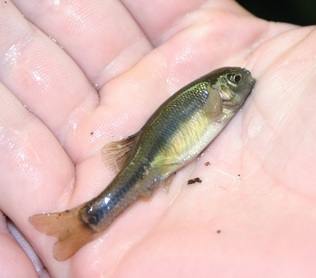 ​If you'd like to duplicate the success of the lure fisherman, it's the same idea. Just imitate what they're doing, but use natural bait to give you a greater advantage. Lure fishermen are attempting to trigger a trout to pursue their lure to eat it. They mostly use lures that imitate minnows or worms swimming erratically. So, here are a couple of tips. Try fishing a small night-crawler in the same fashion as a plastic trout worm (see the Lure Fishing page of this site for details on how that works). Some fishermen will actually inject a bit of air into the worm with a syringe so it floats just above the bottom as they retrieve it. Of course, another option is to use minnows. There are two things you can try.

The easiest method is to use a live minnow hooked through the tail. Put just enough of a sinker on the line to allow you to cast the minnow where you want him, but be sure the weight is a good long distance from the hook -- perhaps 3 feet. Cast the minnow into a deep hole not far from cover, and you should do fine. The 3 foot length between hook and sinker will allow the minnow to swim in a 6 foot wide dome. It will swim strongly at first, but it will begin to tire after a few minutes. Once it begins to tire, expect a hit -- pay attention. The downside of this method is that you're not very mobile. When you cast your bait into that hole, you should expect to sit there for 20 minutes or more before checking your bait. So, if you don't have patience, this may not be the option for you. The next tip will be more to your liking.

Try threading a dead minnow onto a longer-shanked snelled hook, so you can retrieve it nose first. You can even buy separate in-line spinners to attach to the front of the hook. Then simply fish the minnow like you would a lure. Again, see Lure Fishing for details on this method.

Bait fishing using techniques similar to those employed by lure fishermen and fly fishermen will help you catch more fish than those lure and fly fishermen do. This is because you have the advantage of using bait, of course. Flies and lures may look real to the fish, but they don't have an odor and they generally don't feel real in the mouth, causing a fish to try to spit out a lure or a fly quickly after they try it. With bait, they're planning on eating it, because they're SURE it's really food. Your strikes will be more aggressive, and you'll have more time to set the hook.